The Medical University of Gdańsk 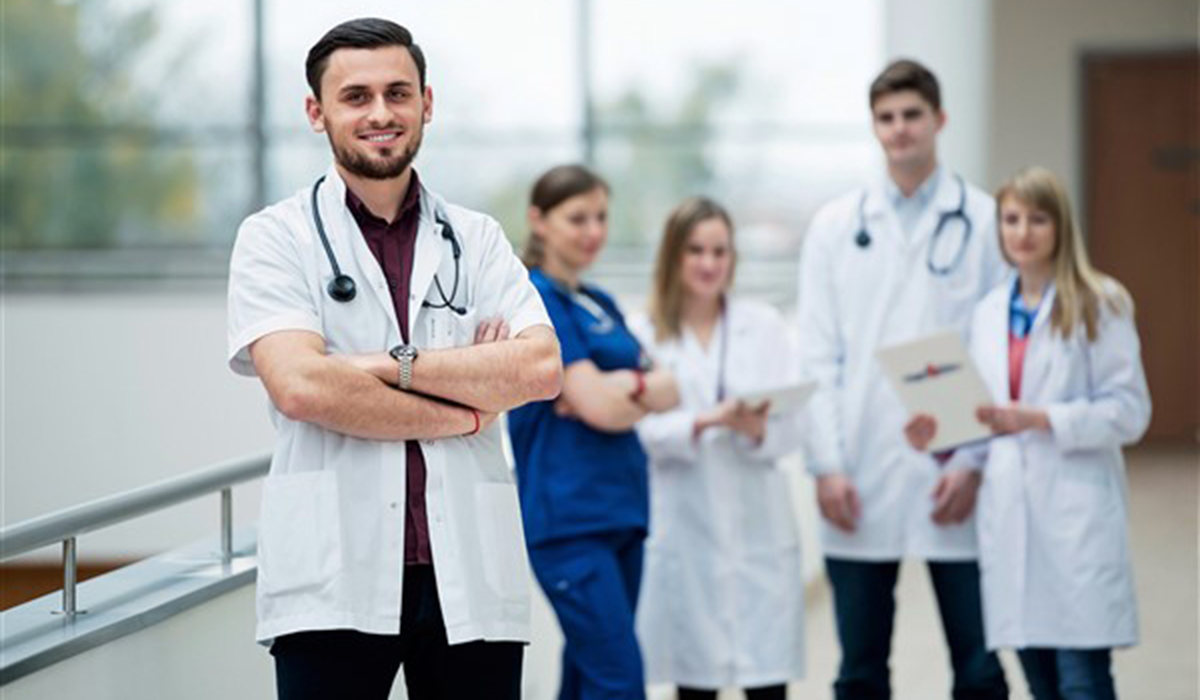 The Medical University of Gdańsk offers the following courses: 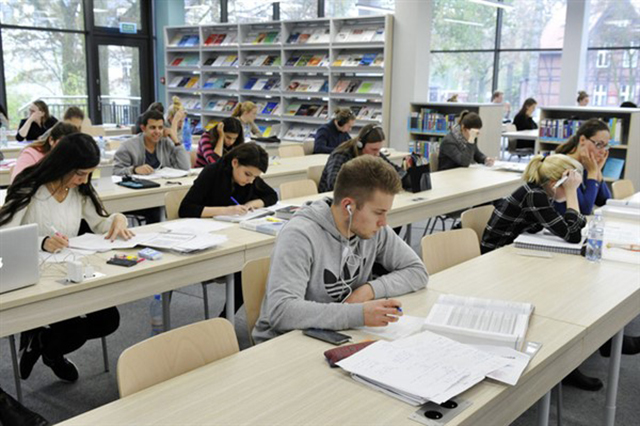 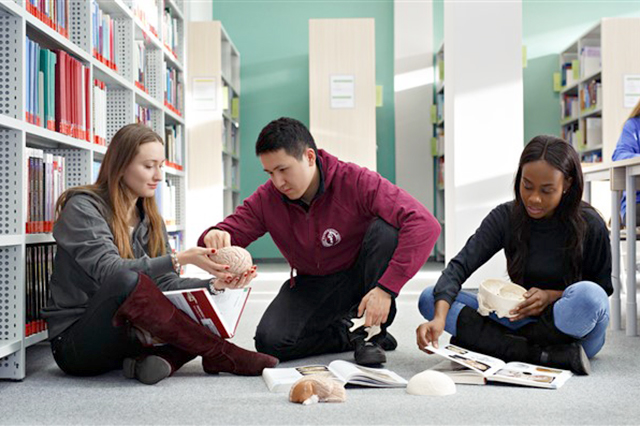 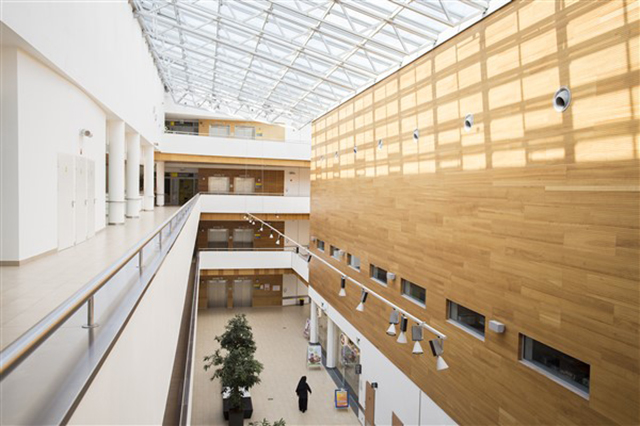 A BRIGHT FUTURE FOR GRADUATES

Ladies and Gentlemen, Dear Alumni of the Medical University of Gdańsk

Upon graduation from the Medical University of Gdańsk, our alumni enter diverse working environments, follow different paths of postgraduate education, become partners for graduates from a variety of other universities and serve varied patient populations.

In all these professional situations, as well as in private life, our alumni continue to be key ambassadors of the university in countries outside Poland. Your talents and hard work, supported and developed by the joint efforts of the academic staff of their home University – MUG, have brought you to levels of knowledge, skills and ethical profile which proved to be a good starting points for your successful careers.

Along with continuous pursuit of higher quality in education, science and medical services, reflected in progressively higher position in national and international rankings, the Medical University of Gdańsk intend to develop long-lasting and mutually beneficial relations with our international alumni, medical professionals in various countries around the globe.

We wish to communicate to you the good news about positive changes within the university, announce interesting events concerning education, nscience and medical care, as well as to encourage your participation inMUG’s educational and science projects and social events addressing both international alumni and the whole academic community of MUG.

We are convinced our alumni’s experience as students of MUG can be a valuable source of feedback to be used for continued development of our teaching programmes, syllabi and campus life. The university would also benefit from feedback information on your experience of entering various healthcare systems and postgraduate training schemes and your self-assessment of competence compared with other colleagues who were exposed to different curricula and teaching methods, e.g. Problem-Based Learning.

For successful management of the relations with our international alumni, since 1st September, 2018 the university appointed me, to hold the position of International Alumni Relations Officer. Building upon several years of my friendly contacts with students of the English Division and the mutual respect we have had for each other, I truly hope
our dear alumni respond to our encouragement and wish to keep in contact with their home university.

I will greatly appreciate news from you all about your careers and success stories, as well as your suggestions of improvement at our university and activities or projects organized at MUG which you would recognise valuable and interesting. Let us keep in touch and enjoy each other’s successes together!

With best regards and warmest greetings from Gdańsk,

Eminent doctors ran the department of medicine and anatomy, created in Gimnazjum Gdańskie. The most recognized lecturer was Joachim Oelhafius, a native of Gdańsk, mostly renowned for being the first in Northern Europe to perform a public autopsy. Equally outstanding was the anatomist Jan Kulmus, whose large anatomical atlas “Tabulae anatomicae” was published in Gdańsk in 1932. The work was released in numerous editions and was translated into several languages.

The Faculty of Medicine educates its students in three majors – medical (homogenous 6-year MSc studies) and medical stomatological (homogenous 5-year MSc studies), as well as dental techniques (3-year 1st degree BSc studies). The Faculty’s high level of education was confirmed by the Accreditation Committee for Medical Universities working at the Conference of Presidents of Medical Universities, and by The State Accreditation Committee, which granted the Faculty a 5-year-long accreditation for both MSc majors. Moreover, classes in the medical major are also conducted in English (since 2002).

Hands-on clinical teaching takes place simultaneously with providing healthcare at the University Clinical Centre and at selected teaching hospitals in Gdańsk. The Laboratory Medicine Centre was opened in 2010. In March 2012, a new clinical hospital was opened, Invasive Medicine Centre, which houses mostly surgical clinics. Besides teaching, the Departments and Clinics of the Faculty provide highly specialized diagnostics and treatment.

Students of the MUG Faculty of Medicine frequently earned the Red Rose Award, either in individually or as part of student scientific circles. They also won nationwide competitions, such as Scapula Aurea, Superhelisa or Great Synapse (Polish: Wielka Synapsa), as well as gained individual successes.

The MUG’s students take actively part in the life of the University, as well as the local community. They organize conferences, participate in many national and foreign symposia, organize events focused on prevention, such as White Saturdays, Wampiriada, Marrow Hero, Touch the breasts campaign, Tram called desire, and others.

They also organise such charity events as concerts and collections of toys for children from the University Clinical Centre (UCC), they turn into elves before Christmas and visit hospitalized children, as well as collect medical supplies for those in need in Africa.

The Faculty of Health Sciences at the Medical University of Gdańsk was created in the year 2006. Students have the ability to major in the health sciences, such as: nursing, obstetrics, physiotherapy, medical rescue service, electro radiology, and since 2007,public health as well.

MSc studies in dietetics are planned to be conducted in the future. BSc majors in the medical rescue service and electro radiology can continue their studies in the public health major. BSc studies take 3 years and MSc 2 years to complete.

1719 people study at the Faculty of Health Sciences, which is 1/3 of the students of the Medical University of Gdańsk.

28 Institutes and clinics alongside the units of the Interdepartmental Institute of Maritime and Tropical Medicine, including educational facilities of the Department of Nursing seated at 38 Do Studzienki street, the Electro Radiology Major seated at 7 Dębinki street, the Physiotherapy Major seated at 7 Dębinki Street, Social Sciences seated at 15/19 Tuwima street, all make up the educational facilities of the Faculty of Health Sciences.

The Faculty of Health Sciences cooperates with the Nursing Department of Florida University in Gainesville (USA), the University of Karlskrona (Sweden), the HENRE network for the education of electrocardiologists and a number of Swiss centers (physiotherapy).

Your Gateway to Success

The Medical University of Gdansk has appointed Ojuma Health as their student recruitment partner across most of the African continent. You can apply through us and receive full advice and support to start your journey towards career success.